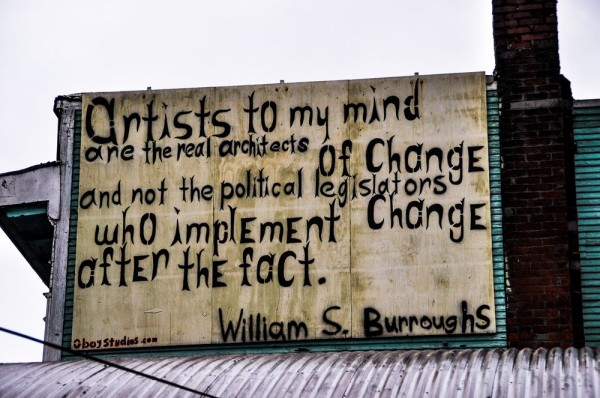 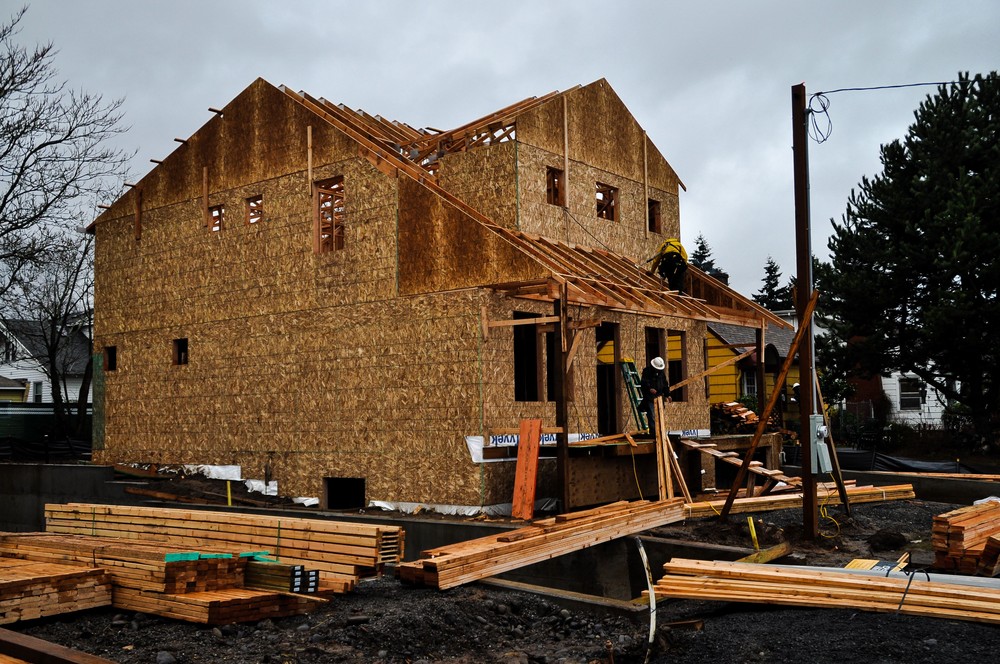 Artists to my mind are the real architects of change, and not the political legislators who implement change after the fact. 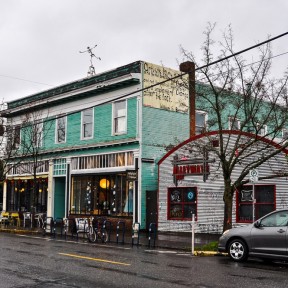 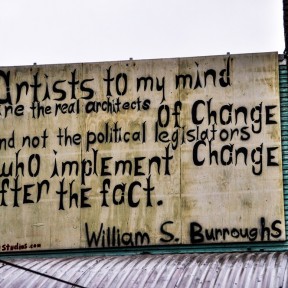 Artikel im Portland Mercury
Auch der Portland Mercury widmete der Angelegenheit einen lesenswerten Artikel:
The Gears of a Clown
– A Sad Face of Gentrification? –
Local bike activists and bloggers were in a bit of an uproar last week. The spark? Rumors that the city wanted to further sanitize a neighborhood already deep into the latter stages of gentrification. Specifically, city inspectors were demanding a cleanup of the well-known and widely beloved Â»Clown HouseÂ« on NE Alberta.
For nearly two years, the Clown House has served as a free store, performance space, and home for a fluctuating number of, well, clowns. Part commune, part traveling circus, the house is the embodiment of those yellow Â»Keep Portland WeirdÂ« bumper stickers. But while that sentiment may remain plastered on vehicles around town, the reality of the cityâ€™s uniqueness has ebbed in recent years as outpost neighborhoods like Alberta and Mississippi have turned into quaint shopping centers and Martha Stewart-ized bungalows. Sadly, it seems like the Â»Clown HouseÂ« is now threatened as part of that trend.
The main clowns in the house are a couple calling themselves Â»Dingo DizmalÂ« and Â»Caffeine JonesÂ«, who are expecting a baby early next year. The house economy comes from assorted part-time jobs, the creation of Â»Dawg SnaxÂ« sold in local stores, and selling bikes made from used parts.
But reprising the notion that one manâ€™s treasured bicycle is anotherâ€™s idea of garbage, the sprawling bike workshop recently drew complaints to the houseâ€™s landlord from the city. At times, explained Dingo and Caffeine, the Clown Houseâ€™s lawn is littered with unsolicited donations of Â»deadÂ« bikes and Â»strange contraptions that no one else wants.Â« Apparently, this clutter drew an anonymous complaint about the house.
Â»Any time a complaint is filed, the city is required to look into itÂ«, said Jesse Beason, Policy Advisor in Comissioner Sam Adamâ€™s office. Beason noted that complaints are made with a cover of confidentiality. Â»Iâ€™m not that happy about itÂ«, Beason told the Mercury. Â»Youâ€™d think people could just talk to their neighbors.Â«
Indeed, even a neighbor too shy to approach a house full of clowns would have a means; a sign in the front yard states, Â»Donate, Share Photos, or Complain to dawgsnax@xxxxxxx.fm.Â«
But Dingo has his suspicions that the complaints are not simply from some disgruntled resident.
Â»I donâ€™t think this is really a neighbor, in terms of someone who lives nearbyÂ«, he lamented. Â»I think itâ€™s someone who wants this property.Â« He added, Â»Across the street, [developers] asked to buy the house, and when [the owner] wouldnâ€™t sell, she got a complaint that her bushes were too high. Complaints can lead to fines so youâ€™ll be motivated to sell.Â«
Caffeine echoes those concerns: Â»There is a trend we are seeing where itâ€™s clear that someone wants to buy property, and if they canâ€™t, they attempt to frustrate the tenant to the point they can leverage them out.Â«
And, the clowns should know: A former incarnation of their commune was forced out of the Mississippi area.
Dingo and Caffeine hope to hold off this recent round of complaints. But, given the complaintâ€™s vague wording, the clowns can only guess about what exactly needs to be done. They have already purged Â»the bone yardÂ«, a collection of bike frames and other parts. But without a specific list of violations, the clowns worry they will be fined no matter what, noting that they have already lost considerable resources.
Â»Every time we clean up our yard, we get a bunch of bikes stolen!Â«
Caffeine laughs, surprisingly amused, Â»You clean it up, so all thatâ€™s left are the good bikes, so people know what to take!Â«
The official inspection will be the day after this monthâ€™s Last Thursday (October 27), which causes unique problems for the Clown House. Usually, the Clown House pulls out the stops for Last Thursday and receives a healthy dose of donations. This month, the clowns have decided to forego any sort of performance, in order to keep the yard clean.
Yet, despite the pending complaints and economic pinch, the clowns remain optimistic. Noting a history of encounters with government officials that has been less than favorable, Caffeine reflects, Â»This time around, [city officials] have been very nice to us, very understanding. I am so happy about that.Â« 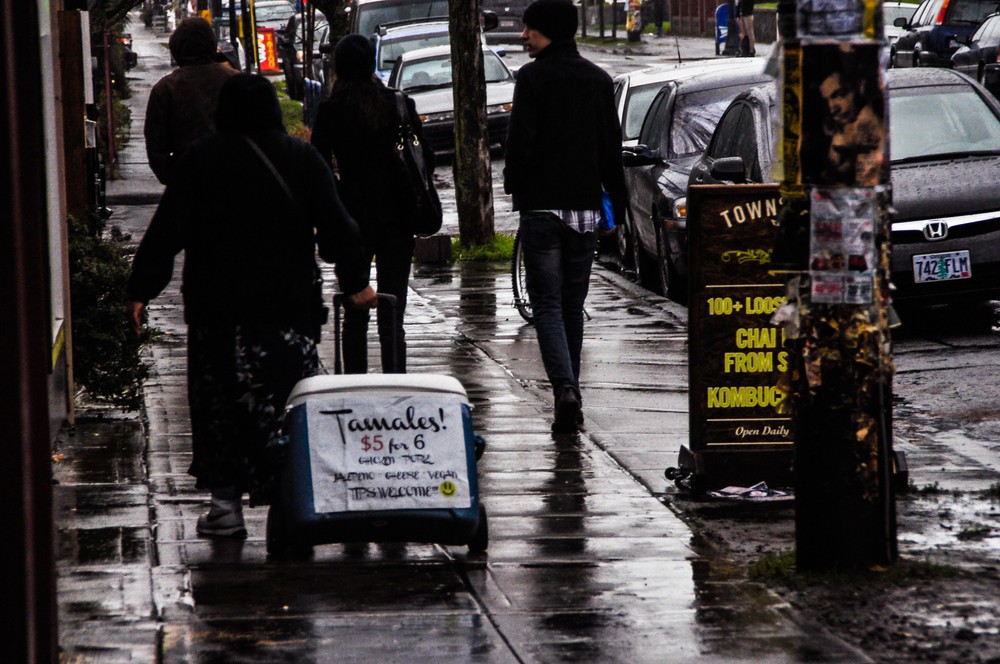 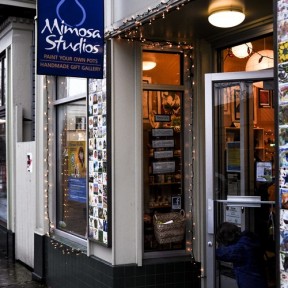 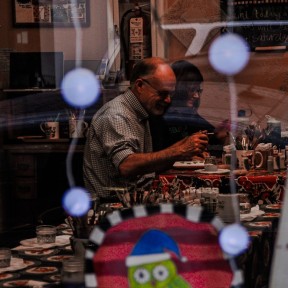 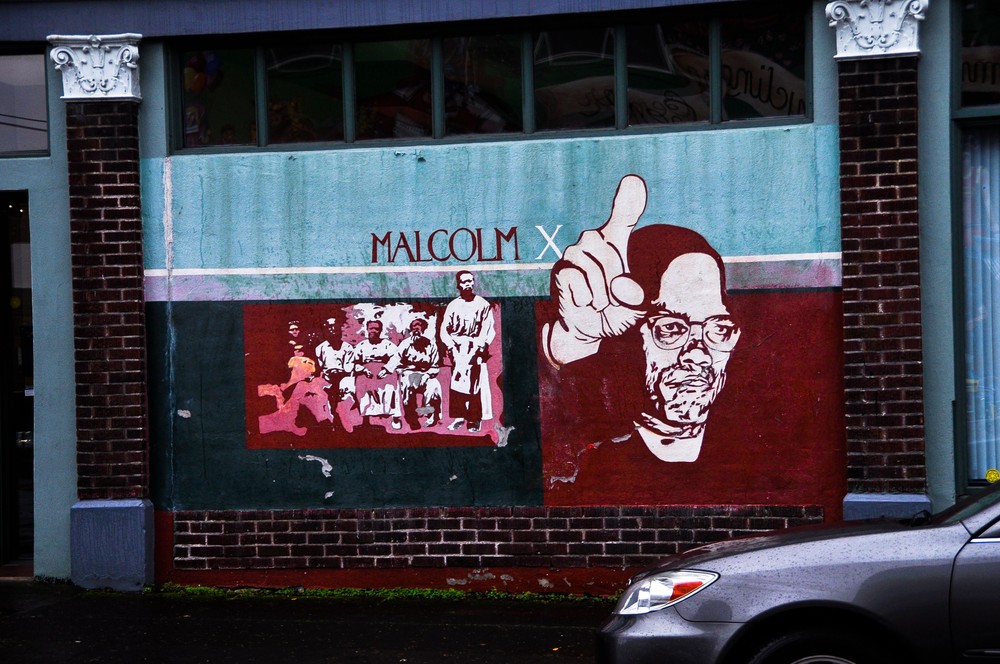 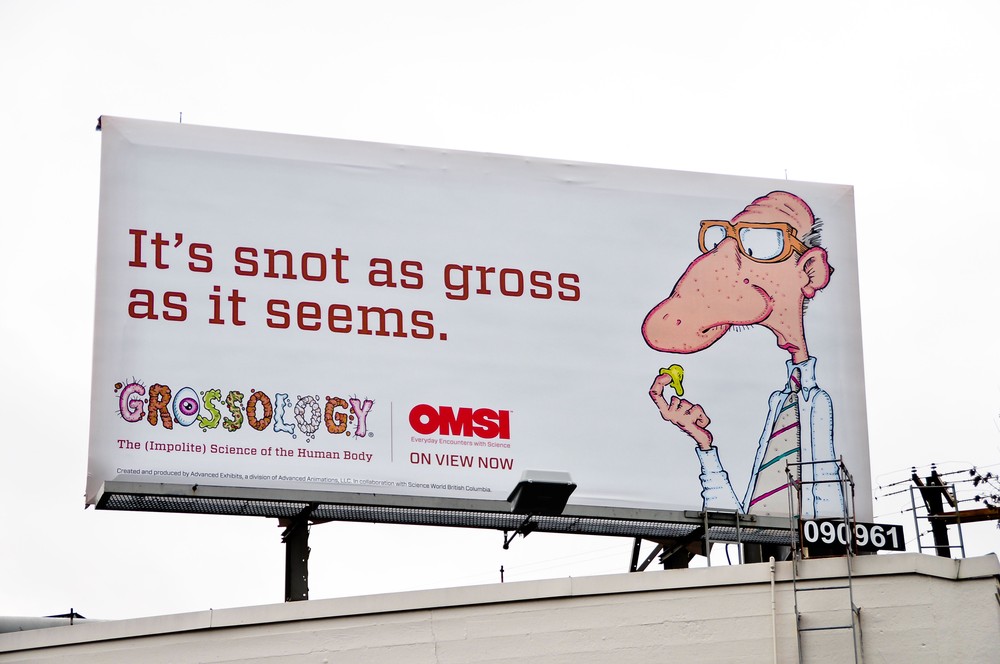 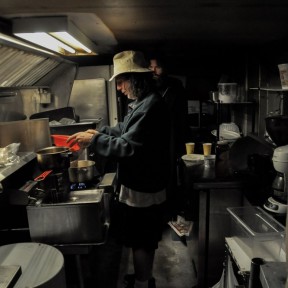 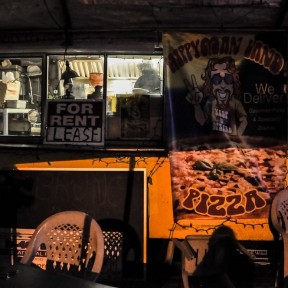 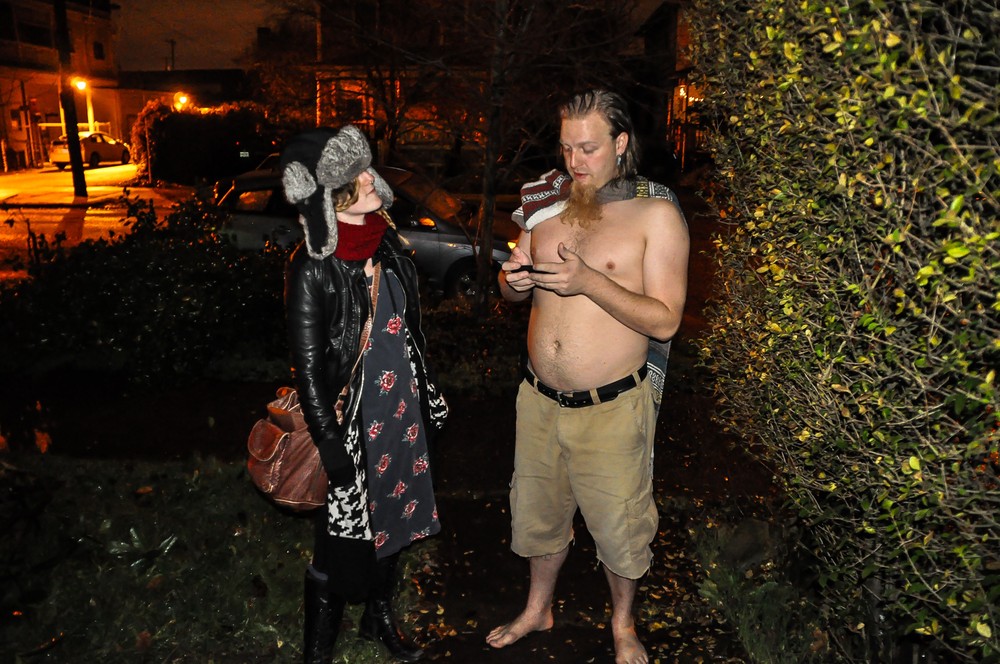