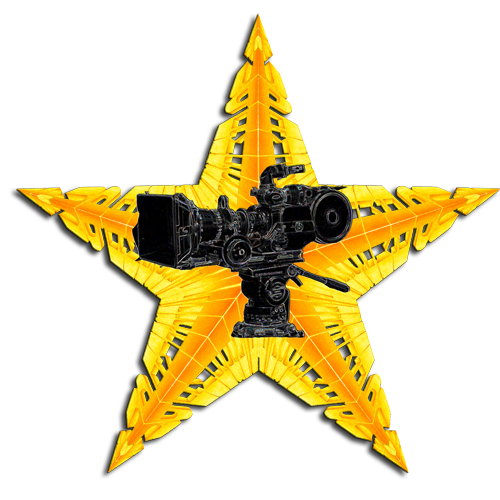 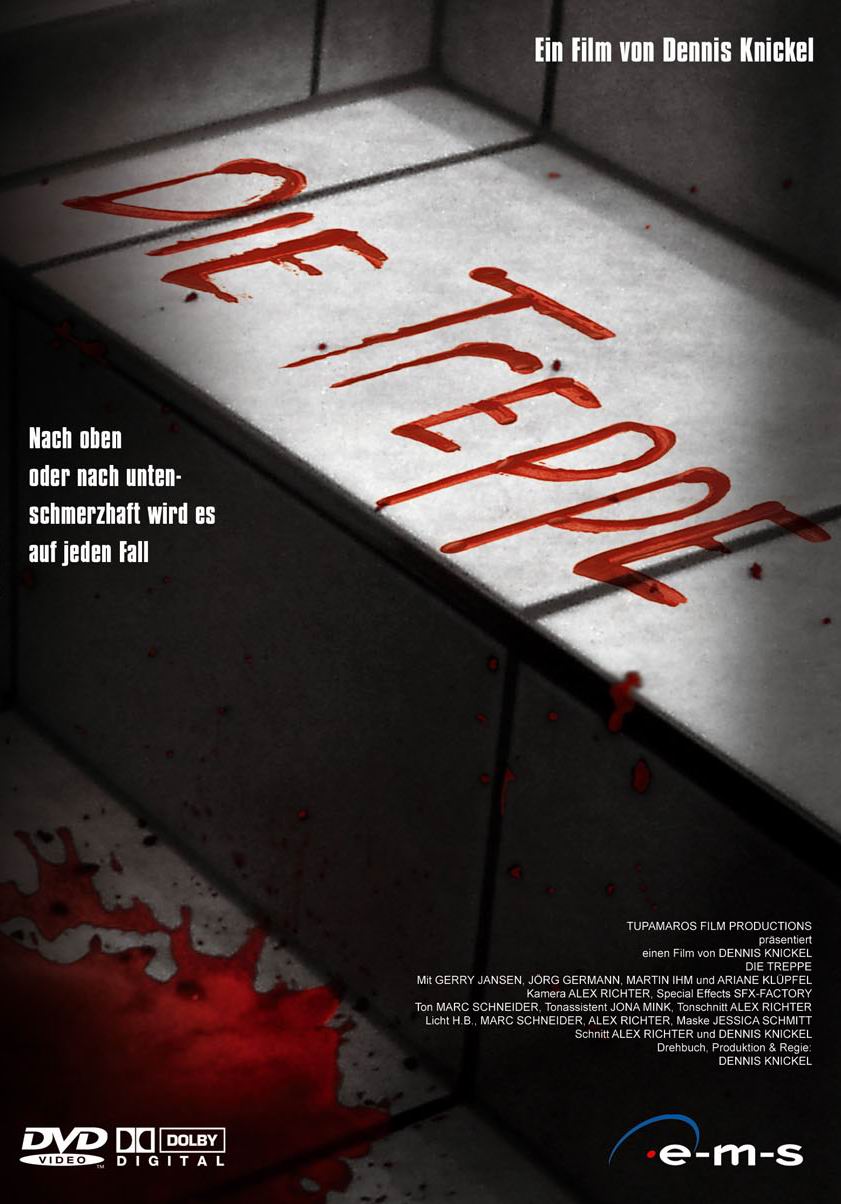 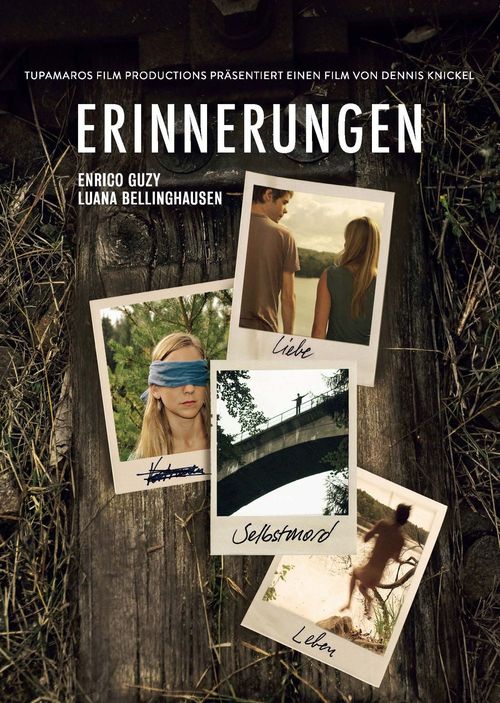 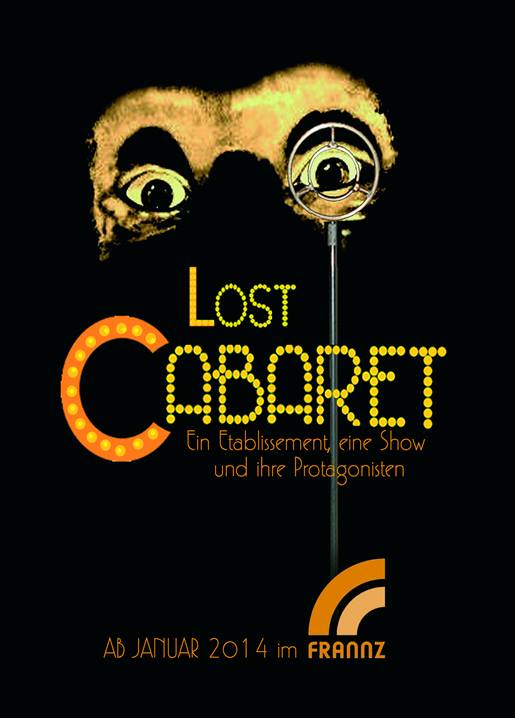 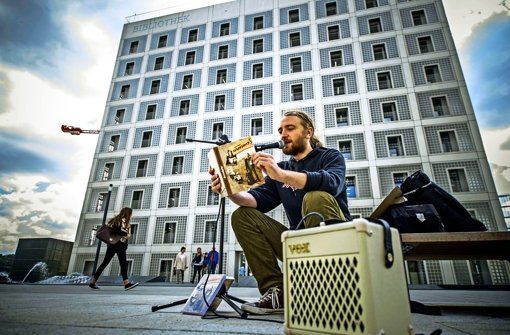 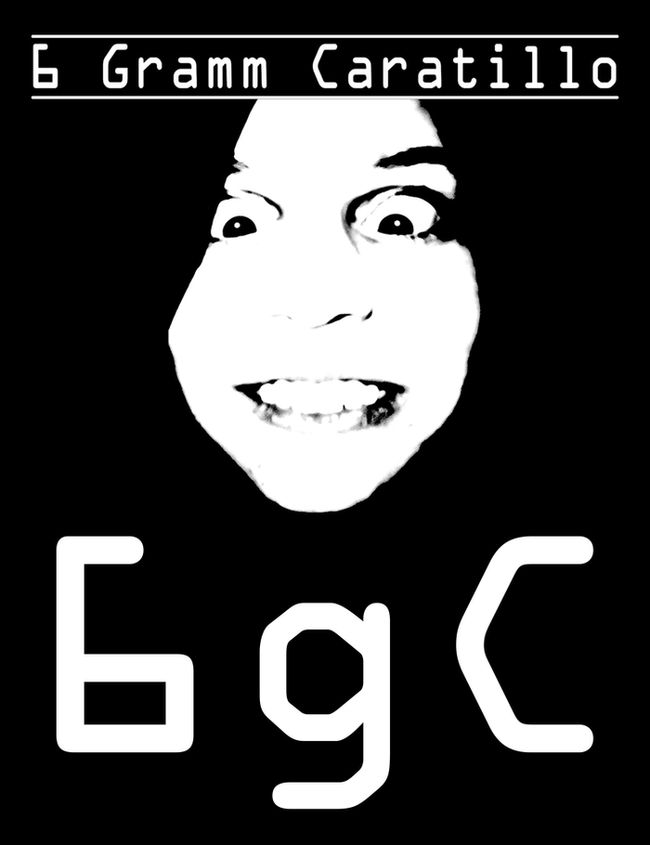 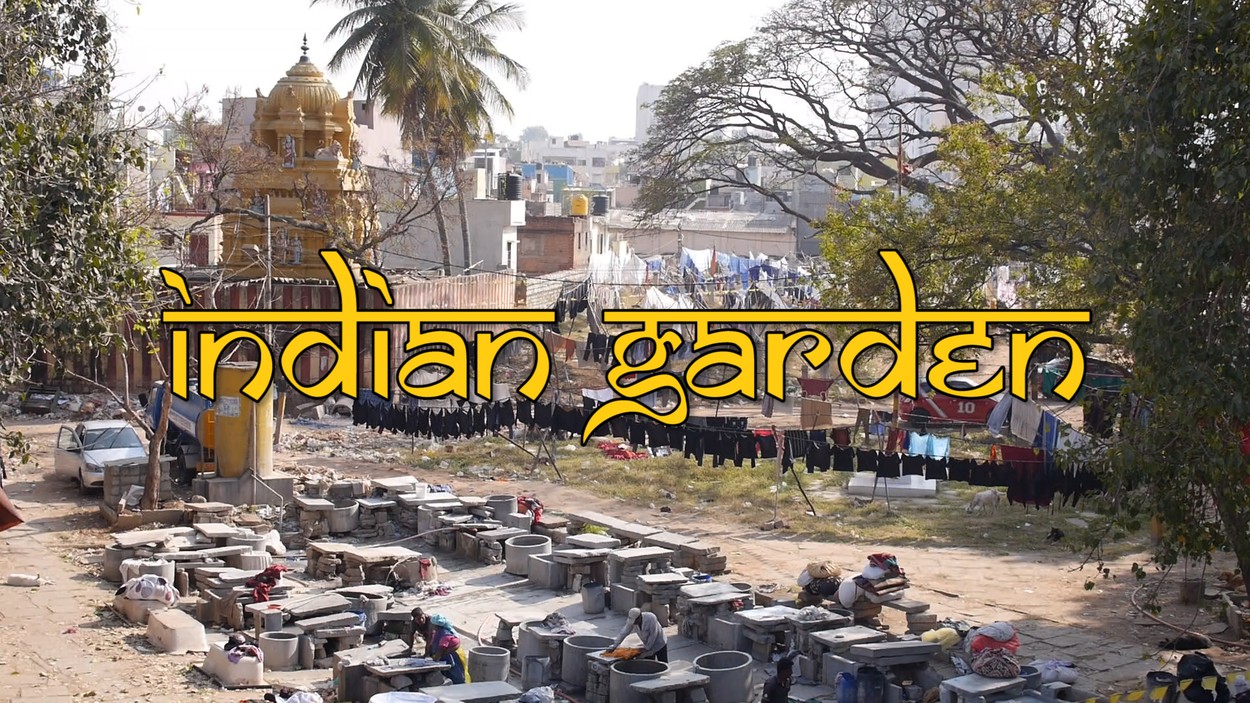 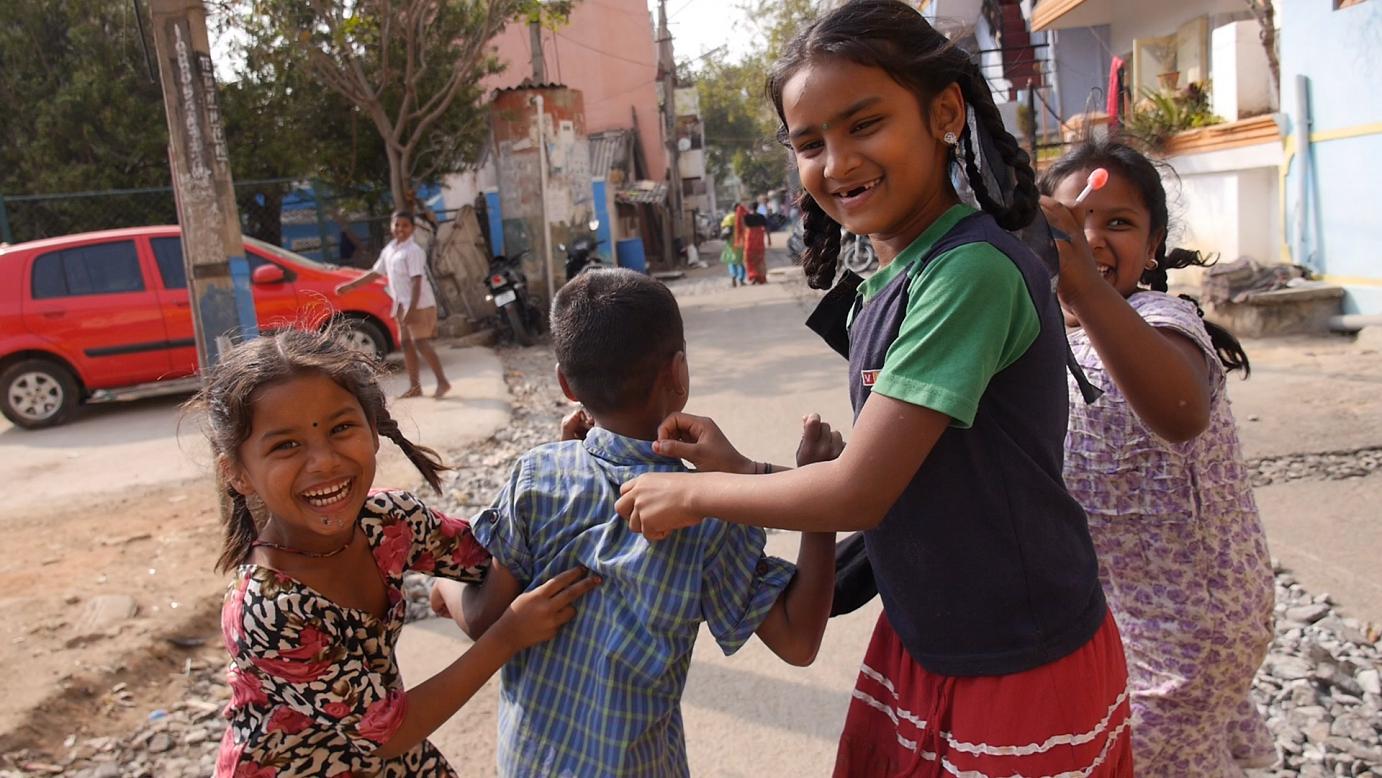 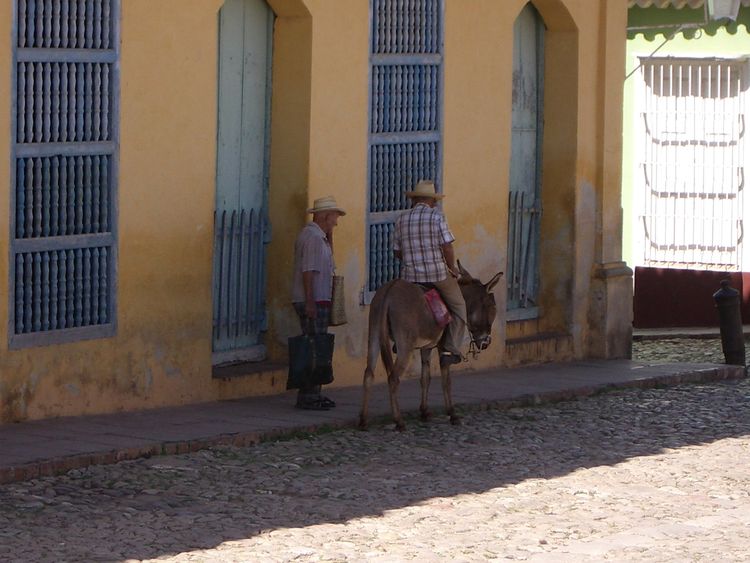 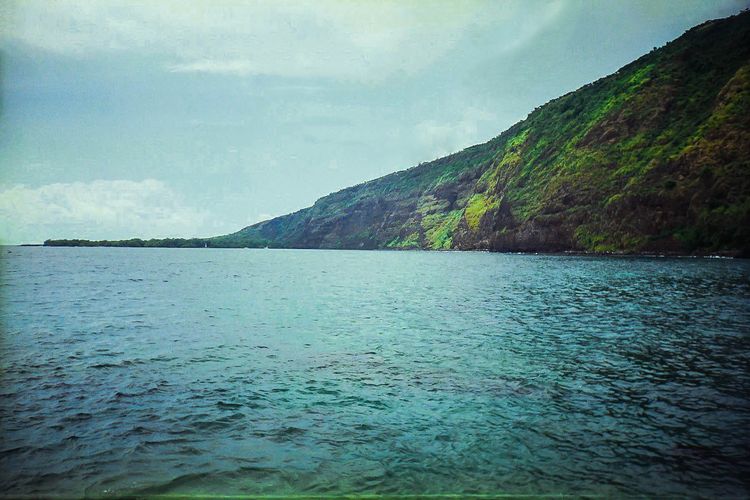 „Movie combines performing arts with literature, music and visual arts. In addition, you need a team, a communitiy, that realizes the project. These criterias impose movies ‚Äď for me ‚Äď to the supreme discipline amongst the arts.“Dennis Knickel
January 18th, 2005: I get the idea for my first flick during a train ride to Mainz. I forgot to take a book or music with me and need to kill time by doing something else. Immediately after my arrival, I tell my friends about the story I just developed in my head. They like the idea. So I start working on my debut feature and officially found the Tupamaros Film Productions.

My first short film can look back on a pretty successful festival season: The movie wins the Ullrich Schiegg-Filmpreis in Gold and the ¬ĽSilver Clapperboard¬ę at the International Short Film Festival of the Heassian Police ‚Äď which is actually extremely funny. On March 15, 2007, Stairway to Heaven gets published on DVD in Germany, Austria and Switzerland by German major label e-m-s. The short film achieves the rating to be „as iconic as Forklift Driver Klaus“ and gets sold several thousand times to date. After e-m-s had to register as insolvent in 2010, Rough Trade Records takes over the distribution of the film.

2007 follows the 1930s gangster flick Celine Dances Today. In its festival season, the little hommage to the mobster and gangster genre achieves as one of only twelve movies of 2007 a nomination for the Bergischer Filmpreis which is endowed with 10,000 ‚ā¨. It is screened in Bayreuth and get an honorary mention at the Festival of the Nations in Ebensee, Austria. The movie is also screened at the „Where Is Here?“ Festival in Rhine-Hesse in 2012.
In autumn 2008, the „Celine Dances Today“ unfortunately gets contracted by Aberle Media: The DVD is announced to be released in December 2008. Due to obscure and flimsy problems on the part of the label, the release has to be postponed to October 2010. Three days before the official release, the completely overstrained Aberle Media all of a sudden resign the contracts ‚Äď unlawful and irrevocable.
On October 17, 2012, the Tupamaros release the DVD as a downloadable DVD and later as well as a video on demand in direct selling.

We start with the production of my third movie in autumn 2009. After two very successful premiere shows in Berlin and in my hometown Alzey with more than 300 visitors, Memories starts a worldwide festival tour that goes from 2011 to 2014. The movie is screened in Germany, India, eleven states of the USA, Canada, Austria, Guam, at the prestigious Marbella Internacional Film Festival in Spain and online at Facebook‚Äôs OneCloudFest and the Viewster Online Film Festival.
„Memories“ wins the audience award as well as the jury award at the summer edition of Facebook‚Äôs Memories & OneCloudFest: One Short, One Festival‚Ä¶ Two Awards!“>OneCloudFest. The lead to the runner-up movie is whopping 560 votes. In the Hessian city of Oberursel, the audience votes „Memories“ on the second place. In Ebensee, Austria, our movie gets an honorary mention. At the film festival in Memories wins in Marbella!“>Marbella, Spain, „Memories“ spectacularly wins the award for best international short film and hence qualifies for a world tour‚Ä¶ which ‚Äď for unknown reasons ‚Äď unfortunately never takes place. The Monarch Film Festival in California awards „Memories“ as the best international student short film.
I sign a contract with the label Filmsortiment.de (today: eduflat.de) that henceforth distributes „Memories“: Since October 3rd, 2012, eduflat.de offers the DVD for educational purposes to schools, media centers and rental centers for educational films. At the end of 2012, the public media center of Baden-W√ľrttemberg (Landesmedienzentrum) awards „Memories“ the „Thumb“ by what it officially gets recommended for school teaching. The Landesmedienzentrum also recommends „Memories“ as a principal topic for the 2015 final exams of high school (Abitur) ‚Äď as one of only 15 films dealing with the subject „Human“. Another movie from this list is Roman Polanski‚Äôs „Carnage“.

I enter in uncharted waters in 2011 with the release of my first book in 2011: Curry Competition ‚Äď Backpacking Thailand. „Curry Competition“ gets published as a classical printed book as well as an e-book.
I actually start to write by coincidence when I travel to Hawaii for nine weeks in 2004. The takeoff to Hawaii already starts so spectacularly that I decide to write down and share the experiences with my friends and family. The positive feedback motivates me to go on writing. Finally, my oldest sister Andrea surprises me on X-mas with an unexpected present: It‚Äôs a book whose author is me. Only now I get the thought of publishing my travel reports. The name of the series comes from an old hippie lady that I picked me up when I was hitchhiking in Hawaii. She told me to go on traveling: „Let your light shine in the world!“
„Curry Competition“ is the third volume of the series.

From October 2013 on, the Tupamaros Film Productions are responsible for the film department of the Lost Cabaret, a show in the style of the 1920s. Every monthly show, in which I also perform as an acting camera operator since January 2014, is recorded by me and a little crew to deliver cinematic insights for our audience.
You can get more information about the Lost Cabaret on our official website and on Facebook.

So far, the fourth volume of the „Let Your Light Shine in the World“ series, Serendipity, is my weightiest tome. That‚Äôs why the adventures I experienced when I traveled along the US West Coast are published in two volumes.
The printed and the electronic book of „Serendipity ‚Äď Part 1“ gets released on July 7, 2015. The release of „Serendipity ‚Äď Part 2“ is on September 17, 2015.

Two weeks after the release of „Serendipity ‚Äď Part 1“, I start my experiment as „Germany‚Äôs First Street Reader“ in Weimar and Coburg. The test comes up roses. So I decide to travel from one German city to another to read on public places from „Serendipity“. This way, I tour from early September until mid-October, reading to passersby. I do not only attract the attention of pedestrians, but also from miscellaneous media and become the studio guest of a TV show with 160.000 viewers. The autumn weather makes me finish my tour for 2015. As I only manage to travel the South and South-West of Germany, I decide to continue my tour as „Germany‚Äôs First Street Reader“ in 2016.

I‚Äôm the lyricist and voice of Berlin based band 6 Gramm Caratillo. „6gC“ play a mixture of punk, hardcore, alternative, blues and stoner rock. We have our very first show in Mainz on December 12, 2015. We play 14 more shows during the two subsequent years.
In March 2016, we publish our first demo as an online release. The recordings are made in our rehearsal room. Seven months later, we contribute a song to the anti-fascist ¬ĽAbgefuckt Gl√ľcklich Compilation¬ę (Fucked Up Happy). At the end of October 2017, we chip in with another song on the tape and CD-R compilation ¬ĽThe Hausverwalters from Another World¬ę. This compilation is a release against gentrification and the extrusion of alternative youth and house projects.
Our first „real“ release, the EP „Raumschiff L√∂wenberg“ („Spaceship L√∂wenberg“), gets published in March, 2018. Two days before, we release a split EP with the Mainlined Heroes that includes the same songs as our EP. This Record is made in solidarity for Afrin, a Kurdish region in northern Syria that got attacked by the Turkish army in 2018. 100 % of the profit gained by the split EP gets donated to the „Deutsch-Kurdische √Ąrzte-Initiative in Deutschland f√ľr Nordsyrien“ („German-Kurdish Initiative of Doctors in Germany for Northern Syria“) to bring medicine and medical treatment to the victims of the war. In May 2018, the band separates in a dispute. A reestablishment with new musicians is on my to do list.

January, 2018: I travel to Bangalore, India, and spend one month in that extremely rapidly growing IT metropolis. During a car ride, I dreamily look outside the window when all of a sudden a passing quarter attracts all my attention: colorful houses, narrow alleys and interestingly quite a lot of crosses paved on roofs‚Ä¶ The driver doesn‚Äôt think that the crosses are meant to be Christian symbols, but he actually doesn‚Äôt know anything about the quarter at all. He only knows that it was or still is a slum. Two days later, I sit in another car, look thoughtlessly outside my window and catch myself again getting suddenly fully attracted by a district passing by. It is the same ward; though I didn‚Äôt know at all that we are even in the same area of this huge city. I decide to shift my planned camera tests to this area. I start on the next day ‚Äď and will only leave the „Indian Garden“ ten days later‚Ä¶

My first two travel books Coffee, Potheads, Zombie Cats and The Heart of the Anarchist will hopefully also be available as books and e-books one day. So far, you can only read them on this website and only as a premium user.
You will be able to read about upcoming journeys right here.

Thanks for your interest,
Dennis Knickel